Update: While still quite an interesting find, the whole thing was hyped up. It seems this place was found quite a long time back by some other scientists and now the team was just revisiting the same place. I wonder why even prominent players too take such incredibly stupid steps!

jungle that is home to dozens of new animal and plant species.

"It’s as close to the Garden of Eden as you’re going to find on Earth," said Bruce Beehler, co-leader of the group. The team recorded new butterflies, frogs, and a series of remarkable plants that included five new palms and a giant rhododendron flower. The survey also found a honeyeater bird that was previously unknown to science. 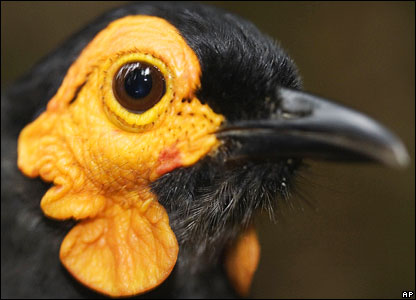